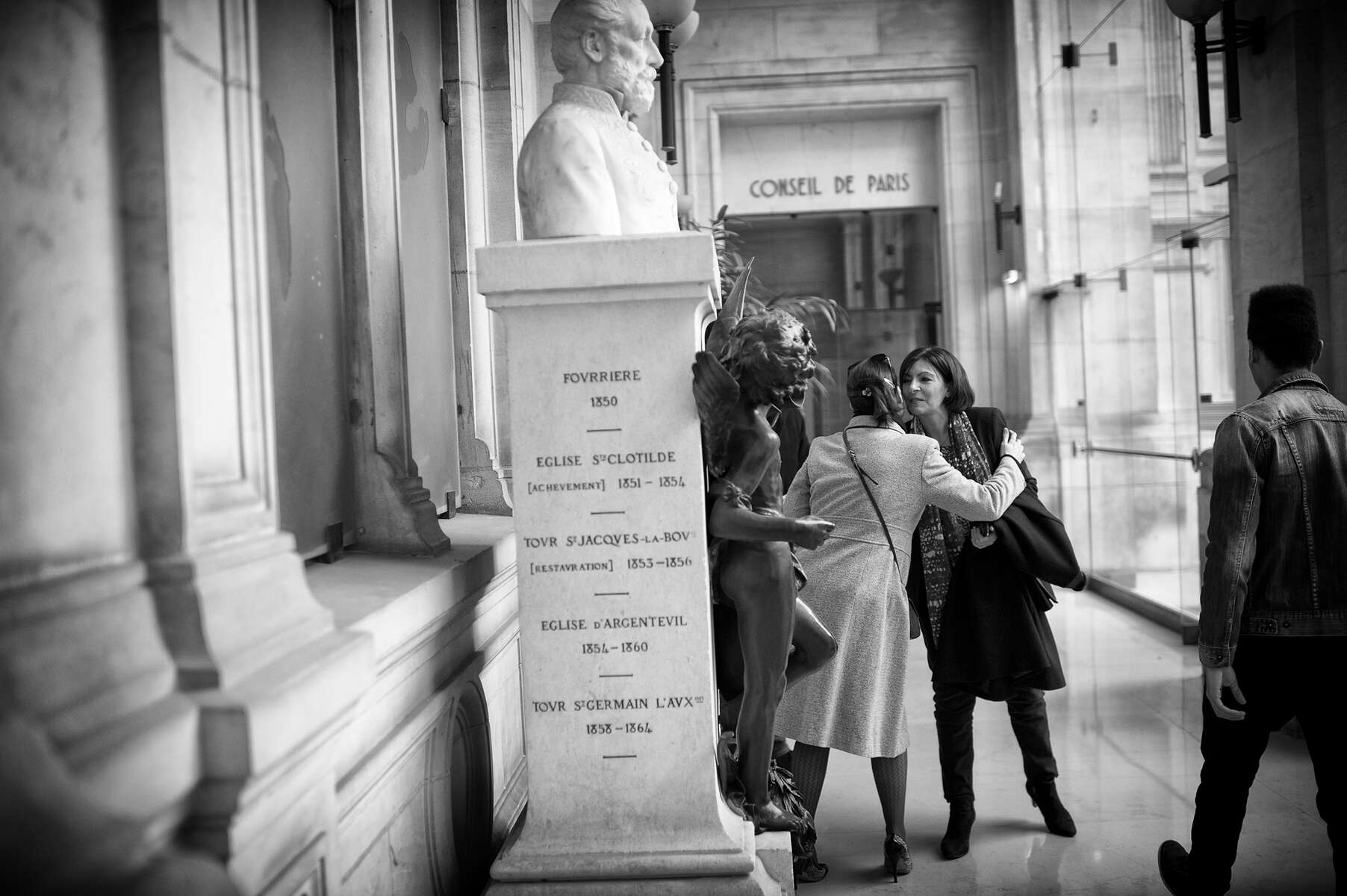 March 12, 2014. PARIS, FRANCE- Mayoral candidate Anne Hidalgo walks out of her office at Paris' Hotel de Ville, where she is currently the Deputy Mayor, to attend a campaign event at Place d'Italie with Ignazio Marino, the Mayor of Rome. For the first time in France's history, Paris will have a woman as a mayor - either Socialist Anne Hidalgo or Center-Right Nathalie Kosciusko-Morizet. Photo by Scout Tufankjian