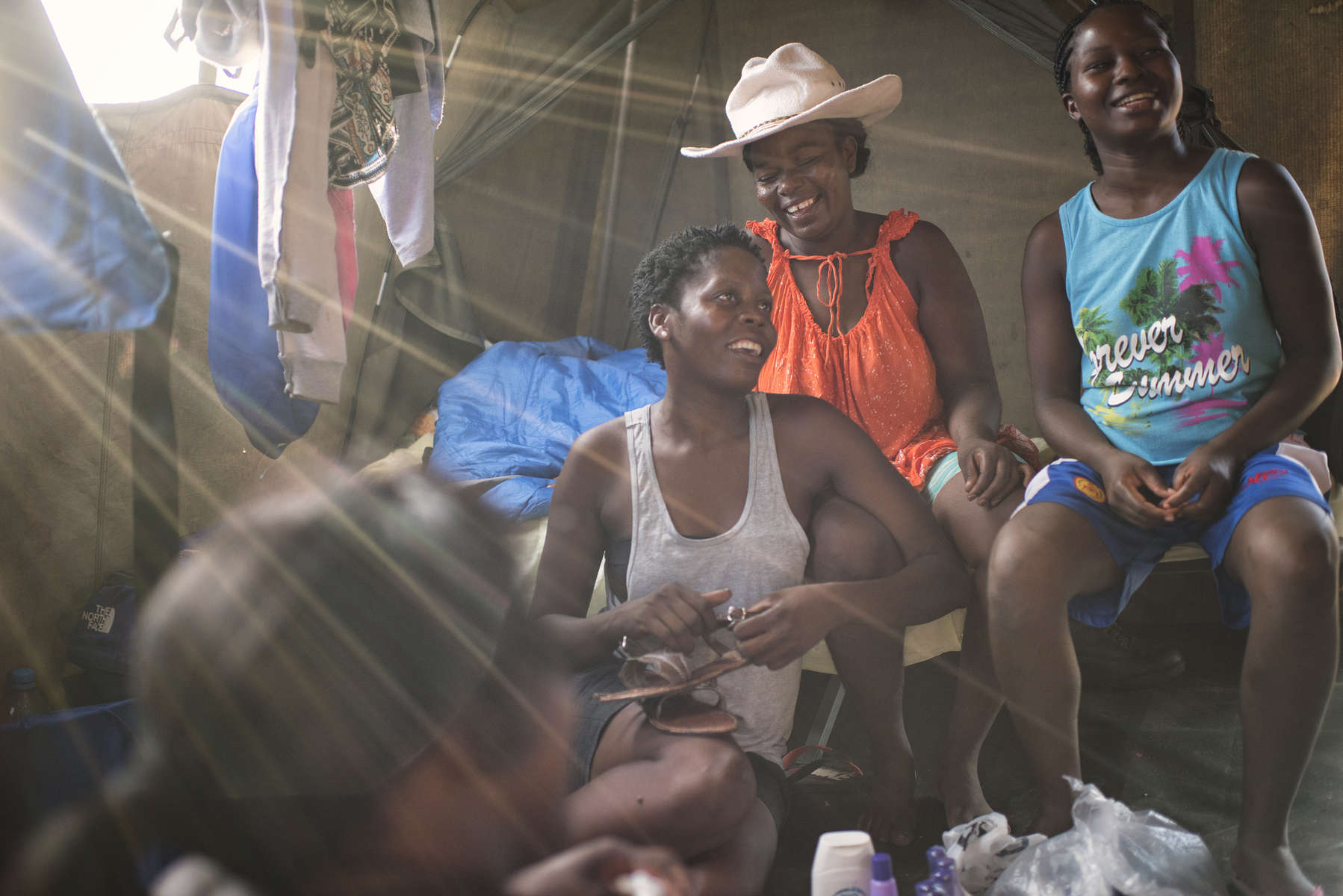 May 3, 2018: KANENGUERERE, ANGOLA - HALO deminers Florida Baptisa (L), Joana Carlos (C), Beatriz Chawayaca, and Cristina Praia relax in their tent after work. Because the women have limited time off, and most of them have children that the need to spend time with, some of the deminers, including Joana, take orders for things that the others might want to buy at he camps - everything from fancy underwear and sandals to hair for braiding and perfume to false nails and nail polish, and the women can buy them in the afternoons after a full day's work clearing anti-personnel mines in Kanenguerere. The area was mined during the civil war by government forces to protect the nearby railway line that can be seen in the background, as well as various troop positions. It is currently used by roughly 170 people including village residents and nomadic herders - many of whom are young children - who pass through uncleared land every day.