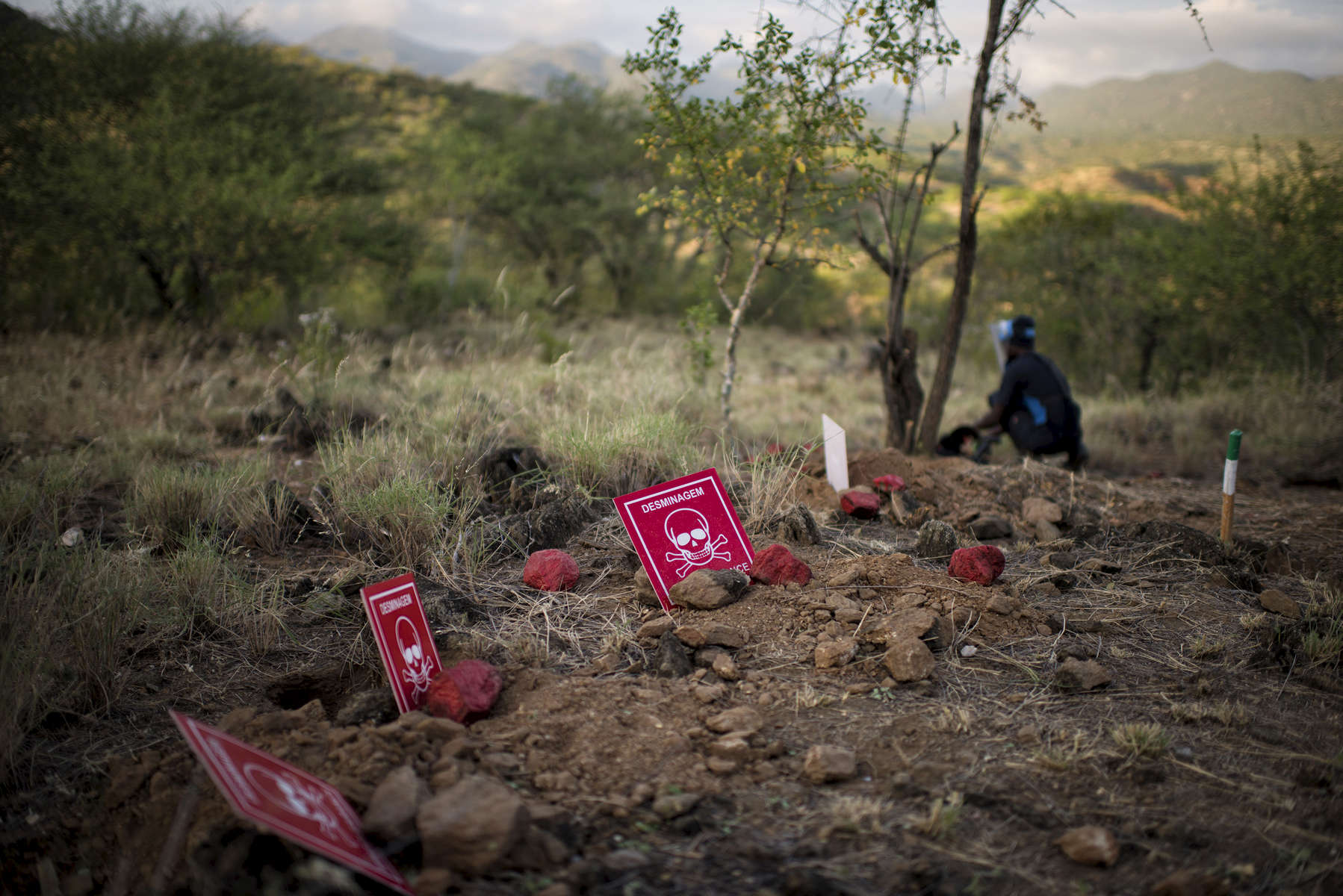 May 4, 2018: KANENGUERERE, ANGOLA - HALO deminer Inês Chipuco works checking for anti-personnel mines in her lane at the top of a hill in Kaneneguerere where she has already found many in a line of laid mines. These deminers are working in the most difficult field in Kanenguerere. Not only is extremely hot - with snakes and scorpions common - but the mined area is on the side of an extremely steep hill, making every step dangerous. The area was mined during the civil war by government forces to protect the nearby railway line that can be seen in the background, as well as various troop positions. It is currently used by roughly 170 people including village residents and nomadic herders - many of whom are young children - who pass through uncleared land every day.