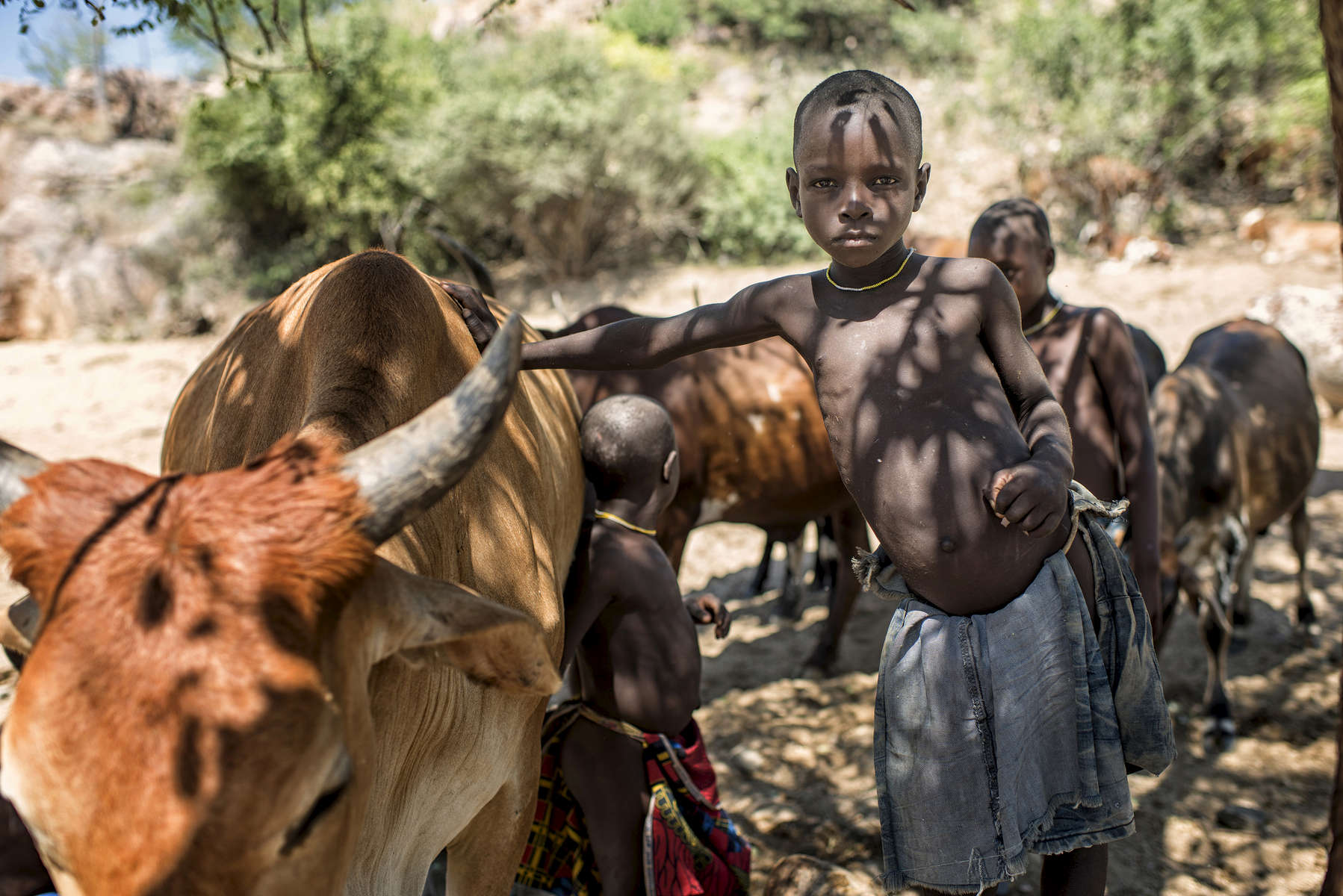 May 5, 2018: KANENGUERERE, ANGOLA -A group of boys from the Mucabal ethnic group who herd cattle in the area around Kaneguerere clown around on the banks of the river. Ugubos (center) and his friends Mugeira (L) and Aluao (R), and other nomadic herders bring their livestock through uncleared minefields everyday. While, they are taught safe ways to go, there are still occasional accidents, especially with the animals. Mainha is thrilled that HALO is clearing the area, and he and his friends have seen mines and pointed them out to HALO team members. The area was mined during the civil war by government forces to protect the nearby railway line that can be seen in the background, as well as various troop positions.