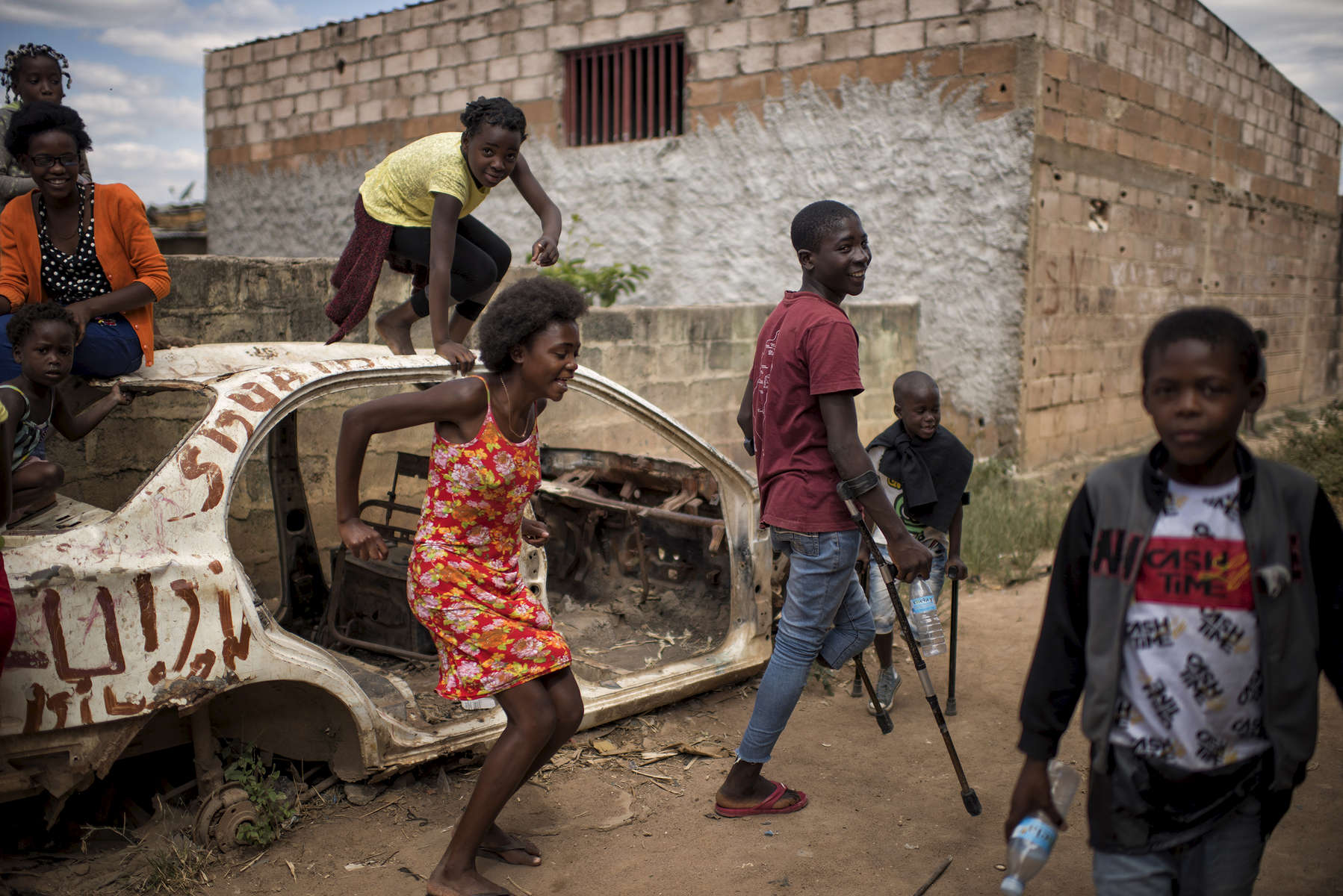 May 10, 2018: HUAMBO, ANGOLA -Fourteen year-old Jeremy clowns around with some friends outside the yard his family's home in Huambo. He is the youngest of a group of boys who were seriously wounded while playing with a mortar round in December 2016 sit with older men, who are also mine accident victims at the rehabilitation center of a hospital in Huambo. Twelve year-old Antonio (patterned shirt), fourteen year-old Jeremy (red shirt), ten year-old Mario (white shirt) and eight year-old Manuel (black jacket) survived the accident, while their friend Frederico, ten, was killed. While there is an enormous need for prosthetic limbs in Angola, a country with an enormous number of mines laid during the civil war, they are unable to afford to import the materials necessary to make them.