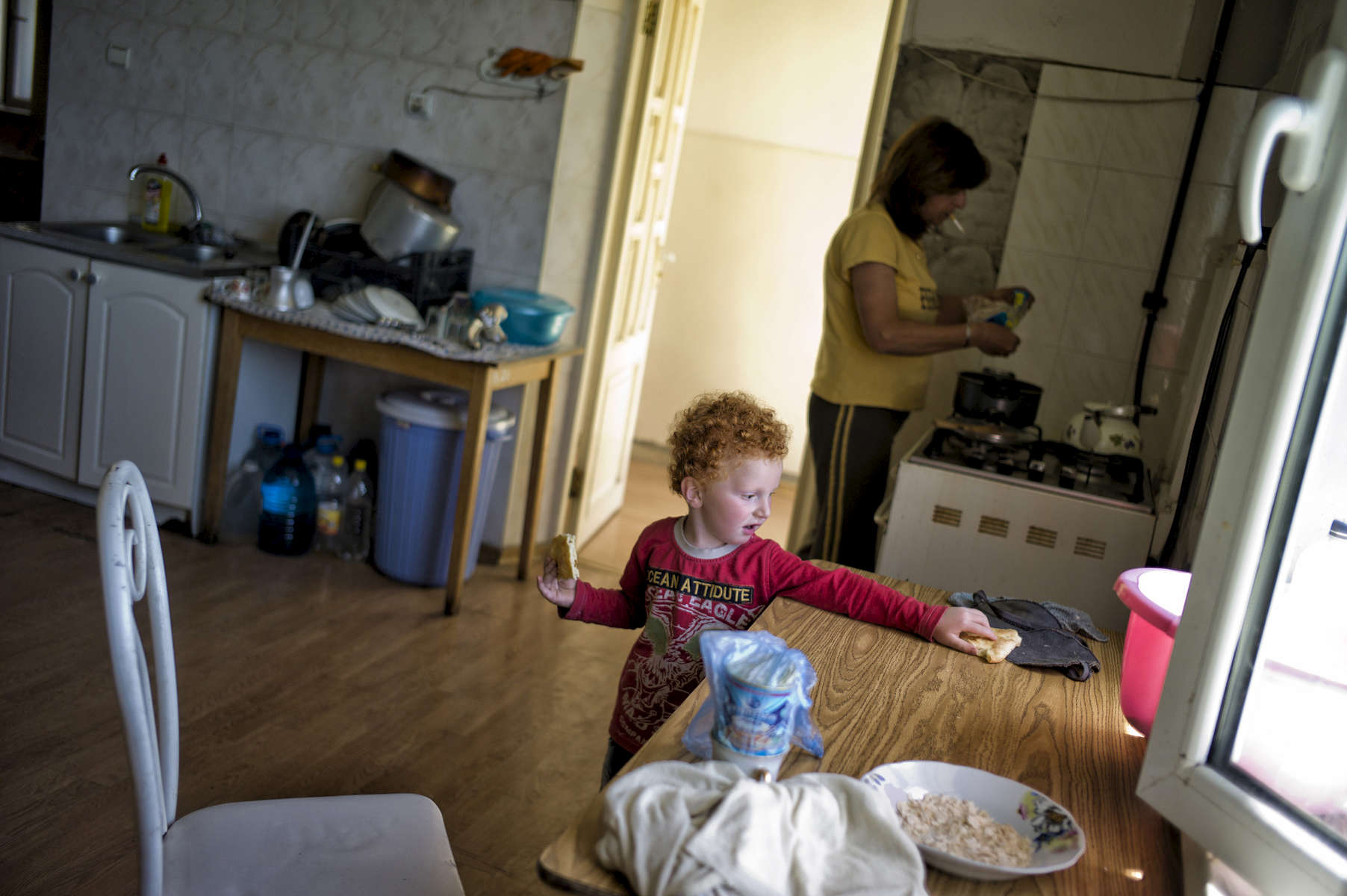 June 14, 2013: LACHIN/BERDZOR, NAGORNO-KARABAKH- Members of several different Syrian Armenian families stand in the kitchen of the guest house they are sharing in the unrecognized Caucasian republic of Nagorno-Karabakh. Several hundred Syrian-Armenian refugees, mostly from Qamishlii, have moved to the contested republic, where they have been given housing and loans to help them to restart their lives, although most are still struggling - the house they share lacks electricity and work is extremely difficult to come by. Most families have put their money into farming, but a freak hail storm damaged or destroyed most of this year's crop. Nagorno-Karabakh, which in the Soviet Union was under the control of Azerbaijan, has been a de facto independent state since the 1988-94 Karabakh War in which its secessionist ethnic-Armenian population, backed by the Republic of Armenia, fought a war against the newly independent Azerbaijan, resulting in major population shifts as Azeri residents of Karabakh fled to Azerbaijan and ethnic Armenians fled Azerbaijan for the Republic of Armenia. While the war theoretically ended in 1994, hostilities occasionally flare up, and Karabakh's final status is far from settled, with Azerbaijan referring to it as occupied territory that it hopes to regain and Armenia controlling the only actual access to the republic. As a result, the movement of Syrian refugees into the territory, although voluntary on the part of the families rather than part of a state-run plan, has the potential to be extremely controversial. Photo by Scout Tufankjian/Polaris